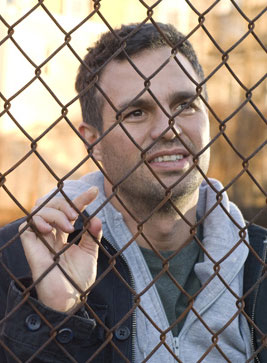 Even though the film seems a trifle proud that it’s based on fact (an opening title card informs that “The story you are about to see is true”), What Doesn’t Kill You’s experiential personal involvement does distinguish it from its generic makeup. A pithy “crime film set in South Boston” sum-up shrieks redundancy following recent Beantown slummings from Eastwood, Scorsese, and Affleck (anticlimax intended). But because it tells the story of director, cowriter, and costar Brian Goodman’s hardscrabble adolescence and painful passage into manhood, there’s a connection to both environment and story missing from tourists’ Boston films. Interest in What Doesn’t Kill You might suffer a little from its Infamous-like aura of yesterday’s papers, but it’s fair to say that Boston, and the crime film, are both historic and capacious enough to sustain the recycling.

The film’s generics go beyond setting. Mark Ruffalo and Ethan Hawke play longtime friends edged into lives of crime early on due to financial necessity. The movie’s central concern is whether Ruffalo’s Brian, a decent man with a family, can escape the cycle—hard because it’s “the only life he knows.” It’s a well-worn plot crux, but it withstands endless use because it’s a dilemma—trying to stop an obviously unsuitable mode of living—that transcends profession. Brian and Paulie (Hawke) take their orders from local crime boss Pat Kelly (Goodman). Feeling stagnated, they eventually go freelance, a risky gambit made riskier by Brian’s escalating alcohol and crack addictions. Soon enough, they’re locked up, facing five to ten.

Like most of the movie’s sequences, the prison passages are appealingly understated and mundane, almost boring—like jail life. There’s unexpected poignancy in a speech about prisoners being cowards “filled with fear.” It’s true; looking past the obvious perils of lockup, a life of three squares and no responsibilities can be an appealing vacation for people who suck at life. It’s no surprise that Brian’s real struggle comes after, as he tries to stay sober and convince his wife (Amanda Peet) and sons that he’s a worthy member of the family. Goodman consciously avoids self-pity and exaggeration, two typical pitfalls of autobiography. He’s assisted in this by Ruffalo, whom he met acting in Rod Lurie’s barely memorable Robert Redford vehicle The Last Castle. Ruffalo is one of the best working actors for balancing toughness and sensitivity, and he’s as convincing here delivering beatdowns as he is almost begging his son to tell him how to be a dad.

I want to make apologies for What Doesn’t Kill You—a genre movie with heart that only rarely disrespects your intelligence. The bookending heist scene revisited at the end is a trick. You find out that one of the characters wasn’t actually there—it was all a flight of fancy—and feel a little deceived, like when narrators turn out to be dead. The tactic also slightly cheapens the evolving character studies, since you (think you) know where it’s all heading. Shots of Hawke sticking up a suburban stripmall store seem like splices directly from Before the Devil Knows You’re Dead stock, but Goodman generally avoids the latter’s high-pitched cerebralness. A “Where Are They Now?” epilogue is bush-league, made-for-Lifetime caliber, and a scene showing Brian and Paulie battering a child molester in jail has an unsettling back-patting quality to it.

Overall, though, this underdog movie gets the little things right. There are no overdone Kennedyesque accents; Ruffalo and Hawke both speak in a gruff near-monotone, as if purposely trying to avoid cartoonish Boston-movie parlance. Goodman and DP Chris Norr could’ve gone shaky-cam. They wisely opted not to, and it all looks handsome, especially a magic hour pickup football game on a snowy, fluorescent-lit field ringed by passing cars. The naturalistic feel is reminiscent of Nick Gomez’s classic Laws of Gravity, the Nineties’ best band-of-lowlifes movie. The screenplay by Goodman, Donnie Wahlberg, and Paul Murray is not overwritten, avoiding melodrama in treacherous “a troubled father’s redemption” territory; and there’s none of the look-at-me floridness favored by The Wire writing stable (Dennis Lehane, George Pelecanos, etc.). It’s refreshing after Lehane’s repugnant script for the crass, exploitative Gone Baby Gone, with its “got a fucking ass like a Skippy jar” and charming “go suck a nigger’s dick.” What Doesn’t Kill You’s empathetic treatment of Brian’s addiction has the same reflective wisdom as Olivier Assayas’s in Clean.

“It’s not gonna change the world, but…” begins many a condescending backhanded compliment, but it applies here. It’s a small movie with modest ambitions, and you won’t hear much about it months from now. But there’s love in this labor. The filmmaker and cast’s obvious pleasure in bringing this understated, well-told story of its creator’s life to the screen is infectious.