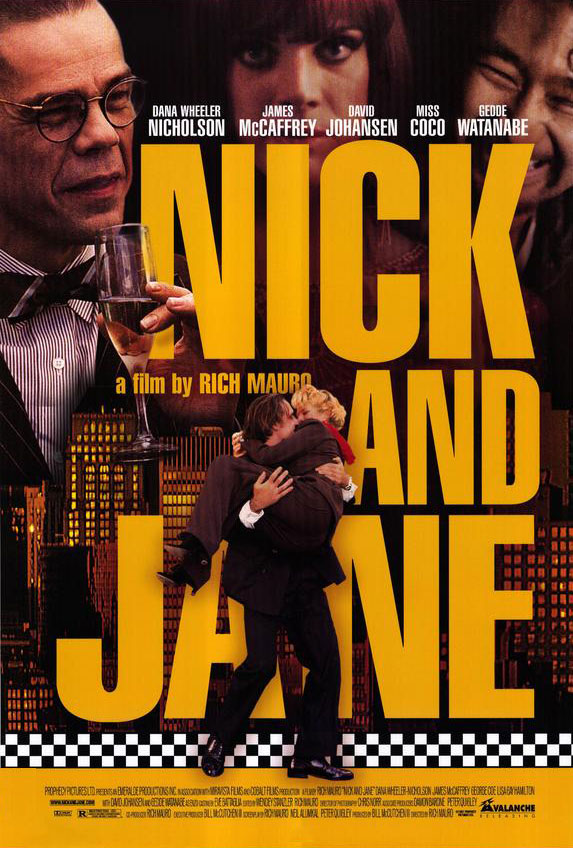 “Nick and Jane” is the 90’s derivative, if you were in the slower group, of “Dick and Jane”- remember, reading class? In this up-tempo, romantic scenario, Jane (Dana Wheeler-Nicholson) is a hard-driving financial analyst who is unlucky in love; she falls for a cab driver, Nick (James McCaffrey), who is an underachiever, to say the least. Nick however, has a lot of sensitive qualities that Jane’s power-tied suitor Lack. And that’s the problem for Jane in this appealing scenario.

In Rich Mauro (also the director and co-producer) and Peter Quigley’s smart screenplay, modern romance is played out with intelligent panache: Neither lead character is favored. Jane is smart and vulnerable, a ‘90s woman who can’t connect with men. Nick has the same timely troubles: As written, he’s a renaissance man who’s blue-collar qualities baffle and entice upscale Jane.

Both amusing and heartfelt, “Nick and Jane” is, nevertheless, somewhat predictable in its romantic structure. In short, we always know what going on before either lovers has a clue- a definite shortcoming. Still, Mauro has seasoned this comedy with enough brittle flavor to pacify our misgivings: Visually, the film is smart, clueing us to both characters’ personalities through cinematographer Chris Norr’s perceptive framings and costume designer Liz McGrrity’s intelligent wares.