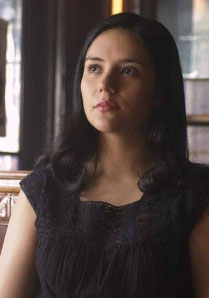 This was a surprisingly competent first film by Ethan Hawke as director. While it covers fairly safe territory – a romantic drama – it does it with nice visuals and some originality. While the protagonist William (Mark Webber) is a bit of a slacker, he was introspective enough to try to resolve some of his own issues when his lover Sarah (Catalina Sandino Moreno) splits and leaves him broken hearted. The fact that this was tackled from the male perspective, and grappled with some psychological insight gave the film some gravitas. Mind you, how deeply a twenty-one year old can delve into his psyche is another thing.

I found the film quite enjoyable, more than superficial, but still largely in the “middle-of-the-road” category – not that that’s a bad thing. The cinematography was great, and there were nice camera angles. The music was nice but sometimes a little intrusive. While it’s the type of film that’s likely to do well at Sundance (maybe it has, I don’t know), it’s a lot better than the quirky comedies like Little Miss Sunshine et al. This film could do well on general release and was an OK film to add some variation to my MIFF viewings, but nothing to rave about. A good first effort by Hawke (who is also a guest speaker at the festival).