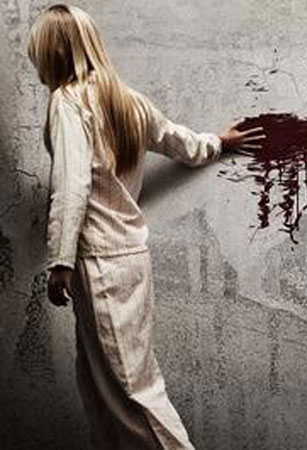 Like many struggling writers, true-crime novelist Ellison (Ethan Hawke) spends far too much time in his room watching films.

What’s harder to swallow is that none of them are Insidious, with which Scott Derrickson’s slick horror shares much of its DNA (not to mention its producers).

Both movies feature young families uncovering old secrets in new houses; both have child-snatching demons glimpsed only in passing; and both aim for that tricky combination of spooky and funny.

Happily, both mainly hit the mark.

In terms of spooky, one of Ellison’s films (found, naturally, in the attic) shows a family hanging from the tree in his backyard, while another reveals a face that moves eerily audience-wards behind his back.

Though a little less scary, Sinister tackles its comedy scenes better than the earlier film, particularly those featuring fanboy cop Deputy So-And-So (the brilliantly awkward James Ransone) who’s all too eager to help Ellison with his investigations.

“That is a conversation I would not want to be around,” he offers when Ellison decides to tell wife Tracy (Juliet Rylance) they’ve moved into a murder house.

Frankly, she might have guessed something was up by how much time hubby spends wandering around the attic swinging his baseball bat at shadows.

Thanks to a dependably driven performance from Hawke, Chris Norr’s gorgeously glassy cinematography and several shiversome reveals, Sinister manages to be both an opportunistic Insidious clone and a much more consistent watch.

It may be as subtle as Ellison’s trusty slugger, but there’s no denying it gets the job done.

Verdict: An enjoyable, if boilerplate, boo-flick that maintains an enviable rate of scares per minute by throwing everything – demons, ghosts, snakes, loud noises – at the screen.